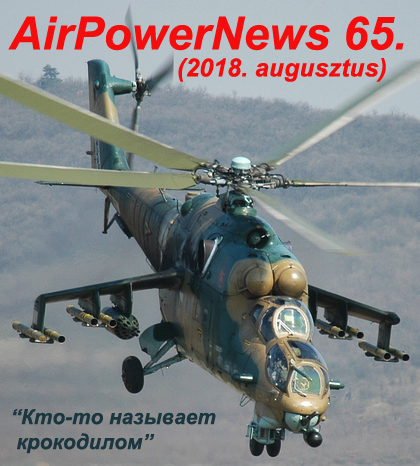 @Beat it!: A hangár a minimum..
Válasz erre

For your eyes only: Review China's "powerful dragon" of stolen technology in this side-by-side comparison of Beijing's F-22 lookalike, via the the South China Morning Post. [D-Brief]
www.scmp.com/news/china/diplomacy-defence/article/2157275/powerful-dragon-v-raptor-how-chinas-j-20-stealth
Válasz erre

Black and white is now in the expert report of the air forces: Austria's Eurofighter must be shut down by the end of 2021. Thus, these 2.5 billion euros expensive jets flew only 173 months, each day cost the taxpayer thus 481.695 euros. Because even the old Saab 105 OE is ready for scrap in 2020, the government now has to make a decision - and there are also fouls within the coalition.
From the landing of the first Eurofighter in Zeltweg in July 2007 until the end of 2021, the jets ordered by the German government will burden the Austrians month after month with 14.45 million euros.

This expensive system, the Eurofighter, does not fare well in the Evaluation Committee's report - Defense Minister Mario Kunasek (FPÖ) and the Air Force Leadership have announced a comprehensive comparison of all possibilities for future airspace surveillance, with 30 experts working on it.
On the landing of the first Eurofighter in Zeltweg in July 2007 until the end of 2021, the jets ordered by the German government will burden the Austrians with 14.45 million euros, month after month.

Variant 1a: Retrofitting of Eurofighters (costs up to 200 million euros) for a "life extension" beyond the year 2021, plus purchase of ten jet trainers for training. Cost: 2.4 billion euros by 2029.
Variant 1b: Retrofitting the Eurofighter, plus three new double-seaters and ten "high-efficiency jet trainers". Cost: 2.3 billion. Euro.
Option II: Purchase of 18 new Saab Gripen interceptors, plus another ten jet trainers. Cost: 2.7 billion euros.
Variant III: 18 latest-generation F-16 fighter jets plus ten training jets. Cost: 3 billion euros.
Calculated over 20 years, all variants cost around 200 million euros a year, but the Gripen system will be cheaper.

Now fouls among the government partners
In any case, the jet problems are clouding the ever-selling honeymoon mood in the government: Minister Kunasek does not want to be positioned as a Eurofighter fan, even though ÖVP circles want to push him into this corner with media help. Kunasek and the army leadership are rather for a clean solution - without any lobbyists: so rather for the Swedish Gripen on a government-to-government business. Vice Chancellor Strache (FPÖ) wants to get out of the Eurofighter deal.

In the ÖVP but some players still have problems with an end to the Eurofighter era. The official statement from the ÖVP: "Before decisions are still to clarify questions from the past in the Eurofighter U Committee."
Válasz erre

"Calculated over 20 years, all variants cost around 200 million euros a year, but the Gripen system will be cheaper"

The Raptors will leave their homebase in Florida on 7 August 2018 around 2130z, the Atlantic crossing start around 01:00z and will end around 0625z. The mean stealth machines stay three weeks at beautiful Spangdahlem. Go get them!!

(of course, as we deal with the military, all dates, times and squadrons are subject to change)
Válasz erre

"Sikorsky Aerospace Services, the manufacturer’s aftermarket business, announced in February 2010 that it had entered into an idefinite delivery, indefinite quantity (IDIQ) contract with the State Department to deliver up to 110 modernized S-61N and short-body Triton models. The five-year contract is with the department’s Bureau of International Narcotics and Law Enforcement Affairs Air Wing, based at Patrick Air Force Base, Fla. The wing operates a fleet of 150 fixed- and rotary-wing aircraft supporting counternarcotics, counterterrorism, border security, law enforcement, and embassy transportation missions."

Svédek vesztettek egy Griffet madárütközés. A pilóta túlélte..
...............
A fighter jet crashed in southern Sweden on Tuesday morning, said the Armed Forces.
Sweden's Armed Forces said one of its Jas Gripen jets crashed eight kilometres north of Ronneby in the Blekinge region after a bird strike at around 1,000 metres in the air.
"The pilot bailed out and he has apparently waved at the rescue helicopter and he seems to be okay at least. We don't know much more at the moment," spokesperson Johan Lundberg told the TT news agency.
The alarm was raised at 9.41am after a witness saw a low-flying aircraft and then a pillar of smoke.
The pilot was taken to hospital, but was said to be in good condition "under the circumstances".
Authorities said the accident happened in a forest area and there were no other casualties reported.
Válasz erre