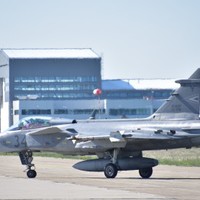 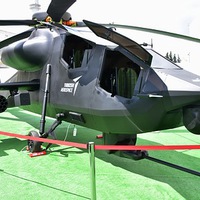 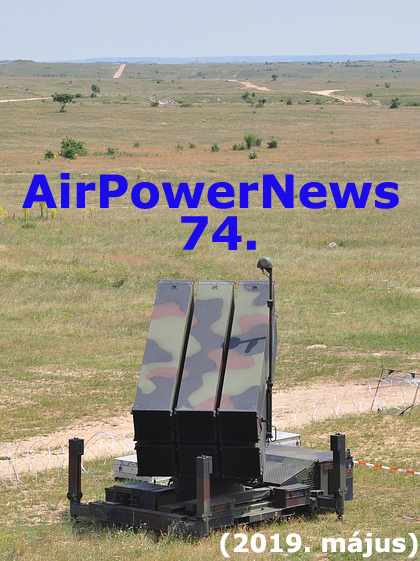 "Boeing says low radar cross-section airframes are useful for the first day of war and flying into denied areas guarded by X-band radars. But the integrated air defense radars of potential adversaries such as Russia and China have moved into different bands of the electromagnetic spectrum, such as C-band and S-band. Buying into a next-generation stealth aircraft development program under F/A-XX might not be the best answer to meeting current and future threats, Boeing believes."

Scramble bejegyzés az FB-ról - Gripen Horvátországban?
........................................
After the failed deal between Israel and Croatia concerning the sale of surplus Heyl Ha'Avir (IAF, Israeli Air Force) F-16 Baraks to the Hrvatske Zračne Snage (HZS, Croatian Air Force), the Croatian government is currently in negotiation with Sweden and the United States on buying fighter jets that can replace the ageing HZS MiG-21s.

Zagreb was very close to striking a deal on buying a squadron of used and refitted F-16s from Israel, but eventually Israel informed Croatia it could not sell the planes as it could not secure an approval from the United States.

So now Croatia is looking for secondhand Swedish Saab JAS39 Gripen or maybe even new Lockheed Martin F-16s from the USA.
Válasz erre

"After seven years of legal procedures, nothing subsists of the original allegations. The investigating magistrates have been promoted and moved on, but the two executives had their careers and their lives broken for no reason other than to feed the ego of those same magistrates. India canceled the helicopter contract, costing AgustaWestland €560 million in lost revenues as well as a 226-million euro surety and performance bonds that the Indian government obtained when it canceled the contract.

Finmeccanica and its subsidiaries also lost access to the Indian defense market.

The way the two companies dropped the two executives, long-standing employees with unblemished careers, like hot potatoes once they were charged, and then provided them with no assistance in their subsequent legal troubles, is not to their corporate credit. "

"Red Bull Air Race Not To Continue Beyond The 2019 Season"

"On April 29–May 5 NATO fighter aircraft conducting the NATO Air Policing Mission in the Baltic states were not scrambled to identify and escort military aircraft of the Russian Federation in international airspace over the Baltic Sea."

"On May 6–12 NATO fighter aircraft conducting the NATO Air Policing Mission in the Baltic states were not scrambled to identify and escort military aircraft of the Russian Federation in international airspace over the Baltic Sea."

" We found that 132 people have died on the Navy and Marine versions of this helicopter in the past 35 years, despite it never being shot down in combat. The 53E is the deadliest aircraft in the military."

CAE USA Inc., Tampa, Florida, is awarded a $12,676,732 firm-fixed-price, indefinite-delivery/indefinite-quantity contract. This contract provides for commercial classroom and simulator training for the Navy UC-12B/F/M non-ProLine; UC-12F/M ProLine 21 aircraft (a Navy-configured Raytheon/Beechcraft King Air B200); the UC-12W ProLine 21 (a Navy-configured Raytheon/Beechcraft King Air B350); and the UC-12W ProLine Fusion (a Navy-configured Raytheon/Beechcraft King Air B350) aircraft to support the Navy’s Command Aircraft Crew Training. Work will be performed in Morristown, New Jersey (78 percent); Dothan, Alabama (19 percent); and Dallas, Texas (3 percent) and is expected to be completed in June 2024. No funds will be obligated at the time of award. Funds will be obligated on individual orders as they are issued. This contract was competitively procured via an electronic request for proposals; two offers were received. The Naval Air Warfare Center Training Systems Division, Orlando, Florida, is the contracting activity (N61340-19-D-1036).
Válasz erre

Bulgaria to buy F-16 Vipers!
Back in January 2019 Bulgaria’s parliament approved the government’s plan to start talks with the United States on buying eight new F-16 Fighting Falcons, to replace its aging Soviet-made MiG-29s and improve compliance with NATO standards.
A few days ago, on 30 May 2019, the US State Department approved a possible Foreign Military Sale (FMS) to the Bulgarski Voenno Vzdushni Sili (Bulgarian Air Force) of eight F-16C/D Block 70/72 aircraft with support for an estimated cost of $1.673 billion. The deal includes the Vipers and the usual complement of high tech weapons and systems, spare parts, and of course training of personnel.
Since they will be intended to replace the air force's MiG-29s, we assume they will be assigned to 3 Iztrebitelna Aviacionna Basa (3.IAB), based at Graf Ignatievo.
Válasz erre

Az Institute of B-2 Studies közleménye :-)

"Both pitch and roll were handled
by trailing edge controls so the
problem was severe. To fix the
problem, the control surfaces had
to come inboard of the wing’s first
bending node line, all the way in to
the trailing edge notch.
“My airplane blew up on me,”
Kinnu told Patierno.
What Kinnu’s team eventually concluded was that the flight controls
– for pitch in particular – were
malpositioned on the wings. They
could not respond strongly or
swiftly enough to gusts and buffeting at low altitudes. Pressure
loads and bending would hit at the
wrong places, and all sorts of things
were bound to go wrong. The
pilots would not have enough power to counteract severe gusts. Load
transfers from the outboard wing
to the inboard wing were poor.
Around the engine inlet ducts,
there were several places for single
point failure and excessive fatigue
on the structure. Added to that, the
bomber would get into trouble at
high angles of attack because there
wouldn’t be enough airflow to make
the ailerons effective.
To meet the new Air Force requirements, the B-2 would have to be redesigned, moving control surfaces
and compensating for the stresses
of high-speed, low altitude flight. "

"By the time they finished, the
B-2 had relatively larger control
surfaces than a typical fighter.
They moved faster, too. The F-16
surfaces clocked 80 degrees of
motion per second, while the B-2’s
inboard elevons hit 100 degrees per
second.
Just how good was it? A typical
standard was to decrease 10% to
12% of the gust load. On the B-2,
the fast-responding flight control
system decreased a whopping 40%
of the gust load.
Together the changes created a
significantly different design. Gone
was the basic diamond-shape
body. In its place was a stronger
center body and the distinctive
shape of the trailing edge of the
B-2 so widely recognized today"