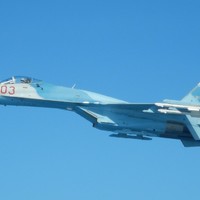 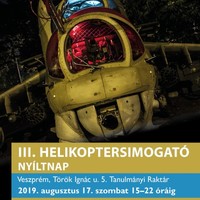 "Israel has carried out an airstrike on a weapons depot in Iraq that officials said was being used by Iran to move weapons to Syria, an attack that could destabilize Iraq and thrust it deeper into the conflict between the United States and Iran.

The attack, believed to be the first Israeli bombing in Iraq in nearly four decades, represents an expansion of the military campaign Israel has carried out against Iranian targets in Syria.

The Israeli attack last month was one of several recent attacks on weapons storage facilities controlled by Iraqi militias with ties to Iran. It was not clear who carried out the other attacks, which have set Iraq on edge as it struggles to recover from nearly 40 years of war and instability."

"Baana 19 live air exercise will take place in Lusi from 9 to 13 September. F/A-18s, Hawk jet trainers as well as transport and liaison aircraft will train take-offs and landings at a road base which will be established on highway no. 5. "

WASHINGTON, August 27, 2019 - The State Department has made a determination approving a possible Foreign Military Sale to Hungary of one hundred and eighty (180) AIM-120C-7 Advanced Medium Range Air-to-Air Missiles (AMRAAM ) with support for an estimated cost of $500 million. The Defense Security Cooperation Agency delivered the required certification notifying Congress of this possible sale on August 27, 2019.

"Bell with the AH-1Z Viper and Boeing with the AH-64E Apache confirmed that they’re pitching for Australia’s LAND4503 attack helicopter program, while Airbus says A$3b will be saved by persisting with the Tiger in upgraded form"
Válasz erre

"Media/Public Contact:
pm-cpa@state.gov
Transmittal No:
19-25
WASHINGTON, August 27, 2019 - The State Department has made a determination approving a possible Foreign Military Sale to Hungary of one hundred and eighty (180) AIM-120C-7 Advanced Medium Range Air-to-Air Missiles (AMRAAM ) with support for an estimated cost of $500 million. The Defense Security Cooperation Agency delivered the required certification notifying Congress of this possible sale on August 27, 2019.

This proposed sale will support the foreign policy and national security of the United States by improving the security of a NATO ally, which is an important force for political stability and economic progress in Europe. This sale is consistent with U.S. initiatives to provide key allies in the region with modern systems that will enhance interoperability with U.S forces and increase security.

Hungary intends to use these defense articles and services to modernize its armed forces and expand its capability to deter regional threats and strengthen its homeland defense. This sale will contribute to Hungary's interoperability with the United States and other allies. Hungary should not have any difficulties absorbing this equipment into its armed forces.

The proposed sale of this equipment and support does not alter the basic military balance in the region.

The prime contractor and integrator will be Raytheon Missile Systems of Tucson, AZ. There are no known offset agreements proposed in connection with this potential sale.

Implementation of this proposed sale will not require the assignment of additional U.S. Government and contractor representatives to Hungary.

There will be no adverse impact on U.S. defense readiness as a result of this proposed.

This notice of a potential sale is required by law and does not mean the sale has been concluded.

All questions regarding this proposed Foreign Military Sale should be directed to the State Department's Bureau of Political Military Affairs, Office of Congressional and Public Affairs, pm-cpa@state.gov.

In May, Hungarian Defence Minister Tibor Benkő told local broadcaster Radio Kossuth his ministry planned to invite bids from MBDA with its Aster systems, Israel Aerospace Industries with the Arrow missile, the MEADS international consortium with the Medium Extended Air Defense System, and Kongsberg and Raytheon with the NASAMS.