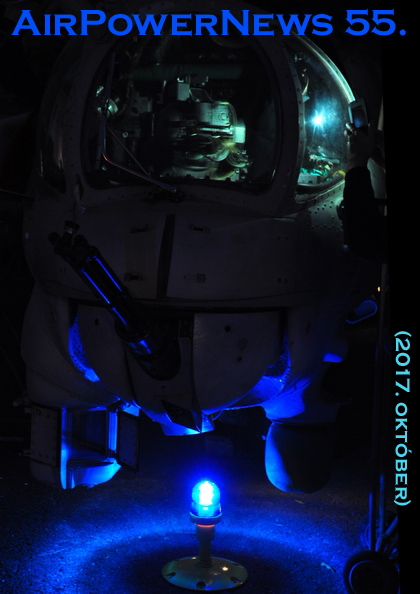 "There are currently an estimated 150 B61 bombs deployed at six bases in five European countries (see figure below)."

Kell a "hír" a net pöcegödrének:

""Adir" plane was grounded because of a bird hit"

"An F-4EJ from 302 Hikotai caught fire at Hyakuri. Crew Ok. Aircraft supposedly 87-8408
according to a statement from the JASDF the aircraft was taxiing to the runway when the left main gear collapsed, causing the fuel tank to damage and consequently starting the fire."
Válasz erre

A kutya a végén priceless:

"Bulgarian Defence Minister Krasimir Karakachanov has promised to relaunch a tender to acquire eight fighter jets. The country will request new offers from Portugal, which offered secondhand F-16s, and from Italy, which offered Eurofighter Typhoons.

This means the Bulgarian government will not proceed to purchase Sweden’s Saab JAS 39 Gripen aircraft despite previous announcements by the Defence Ministry."

"Egyptian President Abdel Fattah al Sissi arrives in France on Monday, where he will meet Emmanuel Macron. Contracts could fall in arms, and rumor has it that Egypt is about to lift the option to buy an additional 12 Rafale. This option is indeed included in his contract signed in February 2015 for 24 aircraft. Egypt had been the first client of the Rafale."

"On Wednesday, October 25, 2017, a meeting of the Multinational Aviation Training Center (MATC) was held in the 93rd Air Force Base of the Croatian Air Force and Air Defense (HRZ and PZO) at the barracks "Colonel Mirko Vukušić" . This is the first meeting of the highest governing body of the MATC held in Croatia, and with the director of the brigade Miroslav Jenčik from Czech Republic, the commander of HRZ and PZO Major General Miroslav Kovač, Commander of the Czech Air Force Major General Jaromir Šebesta, Commander of the Hungarian War Air Force Brigadier General Albert Sáfár and Deputy Chief of Staff of Slovak Air Force Brigadier Róbert Kleštinec. Also, there were representatives of US Armed Forces and representatives of MATC in Zemunik."

"The first of two Spartan C-27Js is already in Slovakia. "on October 31, 2017, a ceremonial handover "
Válasz erre

<S-400, its mere presence “creates challenges for allied assets potentially deployed onto the territory of that country.”>

"Poland commits to spend 2.5 percent of its GDP on defense"

"Here is a photo from an air-refueling training exercise Thursday night with a C-17 from the Heavy Airlift Wing in Papa Air Base, Hungary!"

"The system is new and unused except for the launchers which are bought after being used by the Norwegian Armed Forces and will be restored to manufacturer parameters."

" Now imagine your car being a multi-billion dollar aircraft flying at 50,000 feet in the air. This is what the B-2 Spirit pilots would be faced with if not for the Airmen of the 509th Maintenance Squadron (MXS) Electrical and Environmental (E&E) Shop."

Érdekes cikk a IS elleni bombahasználatról:

"You can meet your maker in a Martin Baker"

" However, the Roland system did not wait for the end of its operation in 2016, as planned. In 2013 he was exempted from operational use in the Slovenian Army. And not only that - according to our data, more than 150 rockets, which Slovenia has had since 2013 in its warehouses, expired by the end of 2014 at the latest."

"The Ministry of Defense also announced that this Ministry "concluded a contract on the removal and destruction of watercraft Roland DM 31, DM 41 and DM 51 on the basis of a public procurement contract, with the provider ISL Spreewerk, doo , the contractor is bound by the contract to destroy watercourses in accordance with the legislation in force."

"According to the Ministry of Defense, part of the equipment from the Roland rocket system (Roland Fire Control Center with battery radar, vehicle for the transport of rockets, aggregates, GPS devices ...) is still used in two light rocket batteries of air defense, namely in Cerklje ob Krka, while the rest of Roland's rocket system equipment is "stored in the Ivan Cankar barracks at Vrhnika in the 157. LOGP, which carries out minimal maintenance tasks on the equipment, according to plans, to the exclusion from the Slovenian Armed Forces."

"According to data from our sources and the Ministry of Defense's answers, Slovenian soldiers with Rolanda last training in 2013. Two years later, the Slovene Army had around 150 unused expired rockets in their warehouses in Brezovica near Borovnica, representing potential danger to the surroundings."

"After 10 yrs, again IRIAF Iranian Air Force decided to use its F-7Ns for air to ground missions. It was showcased during the exercise."