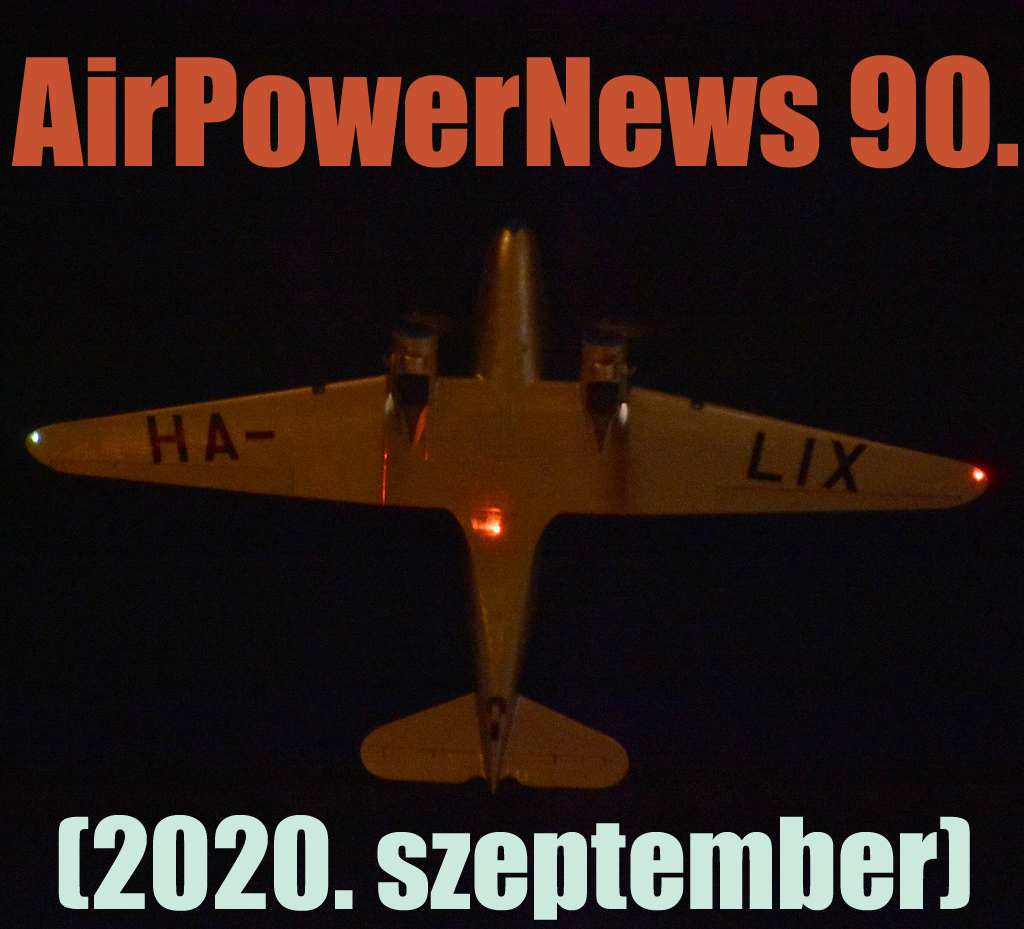 After six years of development and industrialization, RUAG Aerostructures in Emmen reached a significant milestone with the final acceptance of the airworthiness test for the first payload suspension. Series production for the Saab Gripen E/F can now start - well done!

On 9 September 2020, the Swedish government sent its proposal for twelve new Saab JAS39C and JAS39D Gripen fighter aircraft to Croatia. The Swedish embassy in Croatia and the Swedish Defence Material Administration (FMV) handed over the government-to-government proposal.

The Hrvatske Zračne Snage (Croatian Air Force) is looking to replace its long plagued MiG-21 fleet. Initially, Croatia purchased an upgrade for its MiG-21s plus some additional MiG-21bis from UkrSpetsExport and Odesaviaremservice in Odessa (Ukraine), but, some time after delivery, Croatia found that four of the five aircraft had falsified documents and parts installed. These four aircraft were declared unreliable and unsafe to operate and were withdrawn from use. Now only four MiG-21bis and four MiG-21UM two-seaters remain airworthy. The Minister of Defence announced the MiG-21 fleet will be obsolete in 2023/2024 because of the remaining flight hours and available spare parts dwindling.

In 2018, Croatia decided to opt for twelve F-16 Barak aircraft from Israel over the quotation from the USA. The deal was blocked by the United States, as the US government has an end-user-agreement for the Israeli F-16s and they must approve the sale of any of its aircraft that are up for sale to a third party. Israel requested such an approval, but this request was denied.

Croatian media reported that a new Request for Proposal (RFP) was sent to seven countries: USA for new F-16s, Sweden for new Gripens, Greece/Israel/Norway for secondhand F-16s, Italy for used EF2000s and France for used Rafales. The deadline for sending in bids was 7 May 2020. A decision was expected around August and the contract was to be signed before the end of this year. But this will likely be delayed because of COVID-19.

Sweden has submitted an official proposal and officially announced the offer also includes a custom made strategic cooperation package, which would boost the Croatian defence industry, and benefit Croatian security by building a long-term partnership with strategic sectors. It is not known if the other countries have submitted their bids to Croatia or if Sweden is the only country that made a proposal.
Válasz erre

Tobruq Legacy 2020 is a long-planned defensive oriented exercise not tied to any current events in the region. COVID-19 precautionary measures will be taken to ensure the health and protection of participating armed forces and the local population.

Media are invited to attend Sept. 25 the airbase in Šiauliai, Lithuania. There will be equipment on display and senior military officials available for interview. Media interested in attending should send their media credentials to rachel.m.skalisky.mil@mail.mil no later than 4 p.m. Sept. 18.

The city of Poznan will be the location of the U.S. Army V Corps Headquarters (Forward) in Poland.

The Department of the Army announced in February the activation of an additional corps headquarters, called Fifth Corps (V Corps), to be located in the United States at Fort Knox, Kentucky, with a forward command post to be located in Europe.

The V Corps Headquarters will consist of approximately 635 soldiers, of which a portion will be positioned at the forward command post in Poznan on a rotational basis. U.S. Army Europe expects the first rotation of personnel to start arriving in October 2020.

Bulgaria became the world’s 40th AMRAAM® user when the European nation recently signed an agreement to purchase the missile from the U.S. Air Force through a foreign military sales contract. This letter of offer and acceptance allows the U.S. government to begin contract negotiations with Raytheon Missiles & Defense, a Raytheon Technologies business, for production of an undisclosed quantity of missiles.

"“To inspire companies to embrace the possibilities presented by digital engineering, today the Department of the Air Force is announcing a new weapons system designator—the ‘e’ series,” Barrett said. “Aircraft, satellites, weapon systems and more that are digitally engineered will receive an ‘e’ prefix.”
"

Aero Vodochody handed over to the 21st Tactical Air Force Base Čáslav the first of 16 single-seat L-159 ALCA aircraft, which are undergoing periodic work after sixteen years of operation (PP16), the operation of those light combat aircraft will be extended by another eight years on the basis of a contract with the Czech army. A contract for repairs of single-seat L-159 aircraft for a total of 1.6 billion crowns (EUR 60 million) was signed in 2019 at the IDET trade fair in Brno. In addition to the prescribed work, Aero Vodochody also provides number of upgrades to the L-159 aircraft.
Válasz erre

With the Multinational Air Transport Unit ( MNAU), an international A400M association is being established at Wunstorf Air Base. Hungary is the first partner nation to stand by Germany's side.

With the establishment of the implementation team - the first staff member of the MNAU in Wunstorf - the first step of this plan has now been put into practice. Hungary is Germany's first international partner. “The establishment of the implementation team of the Multinational Air Transport Unit is another milestone in multinational, military air transport. The cooperation with our Hungarian partners begins with the integration of the first technical officer of the Hungarian Air Force, ”says Lieutenant General Ingo Gerhartz, Inspector of the Air Force.

Military officials from NATO and other countries (accredited by the Ministry of Defence of Belarus) arrived to observe the second stage of the joint Belarusian-Russian exercise 'Slavic Brotherhood 20' at Brest training ground.

"The three men rented a flight with a helicopter from a company that has a base in Sint-Pieters-Leeuw and Wevelgem on Friday around 4 pm. The aircraft was in Deurne.

They booked the flight on the excuse that they wanted to take photos of a European school in Brussels, which is close to the prisons. Once on board, the three took out a weapon and forced the pilot to land in the prison yard. That's what it looks like at this stage of the investigation."

"Iran Nimitz mockup Carrier accidentally sunk during the "Great Prophet 14" exercise has been towed/dragged and is now scrapped. Sat Imagery from August 24th, 2020 reveals the remaining of the light steel frame SW of Bandar Abbas IRGC Navy Base. "