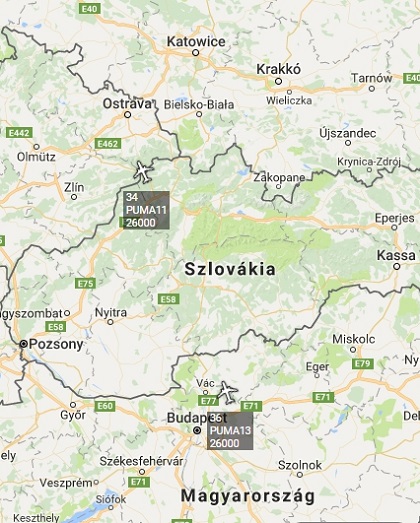 "Preparation of the Air Force for maneuvers «Anakonda-18»

The «Anakonda» maneuvers, i.e. periodic exercises of the Polish Army in recent years, have taken on an extremely important meaning. NATO partners considered it a good opportunity to present the Alliance's cohesion and strength and readiness not only to resist aggression from Russia, but also the ability to conduct offensive and offensive actions (and not defensive ones as they try to convince us). The scenario of the exercise assumes a hybrid war as a result of which the "Blue" forces occupy Belarus and the Kaliningrad Oblast.

They will be the biggest maneuvers in Poland for many years, and the total number of soldiers who are exercising is 100,000. (including 50,000 Polish).

At the same time, strictly NATO exercises "Baltops", "Saber Strike" will be held, which in the Polish section will be an episode of the "Anaconda-18" episode. The aviation part will be based primarily on Polish and American forces and in many aspects extremely impressive.

The inaugural flight will be an episode based on the mass desaturation of paratroopers and equipment from various NATO countries for discharges located at the border with Russia. 30 transport aircraft from Poland, the USA and Great Britain will participate in the airborne operation.

Jet fighter planes will operate from three airports - the 32nd Tactical Aviation Bureau (Łask) where the local F-16 will be supplemented with machines from the 31st Tactical Air Base (Poznań-Krzesiny). Second - 22nd Tactical Air Force (Malbork), where MiG-29M from the 23rd Tactical Aviation Battalion (Mińsk Mazowiecki) will join the local MiG-29 aircraft. The third will be the 21st Tactical Air Base (Świdwin), which will be an active airport for Su-22M4. The latter, as part of the «Anakonda-18» exercise, will perform primarily the missions of direct air support of the allied ground forces on the Drawsko, Wicko Morskie and Wędrzyn training areas.

F-16 fighters Hawk in episodes of "Baltops" will perform offensive missions as part of the fight for air control, along with the F-16 with the US and German Eurofighter. In addition, fighters will perform a mission to cover strategic B-52H bombers that will operate on the Baltic and Poland from the RAF Fairford base.

Support for jet fighters will be provided by four KC-135R oil tankers from the American 100th Air Fuel Wing, which will be gassed to Powidz during the «Anakonda-18» exercise.

No less effective in the exercise will be the use of helicopters. The core of helicopter air forces will form the Polish-American tactical relationship of Task Force helicopters «Griffin». The main one will be the 12th Bunker of Unmanned Aerial Vehicles (Miroslawiec), which will receive assault helicopters AH-64D Apache, Mi-24W, transport CH-47F Chinook, UH-60M Black Hawk, rescue W-3PL and multi-task Mi-2.

Polish and American crews will start exercises on mutual reconnaissance flights Mi-24W together with AH-64D. The first joint task will be to cover the construction of the Vistula crossing. Over the next days, the crew will prepare for the main task, the massive "Air Assault", the scenario of which will be transferring soldiers from the 173. Brigade from Świdwin Airport to the Wędrzyn training ground, where they will carry out missions of attack on individual objects of the urbanized zone.

The next task will be on the "Anaconda-18" fire training - the Mi-24W crew will attack targets on the Drawsko Area together with sub-units of rocket and artillery forces and Polish F-16 planes.

The last training episode in «Anakonda-18» will be a combined operation during which assault helicopters AH-64D and Mi-24W perform the task of direct air support of the special forces unit.

The "Anakonda-18" exercise should bring tangible political and military benefits. At the tactical level, it will allow cooperation between allied units. From a strategic point of view, it will give a clear signal to Russia and Belarus that in the event of a threat, the North Atlantic Alliance has the will, strength and resources to conduct offensive actions."